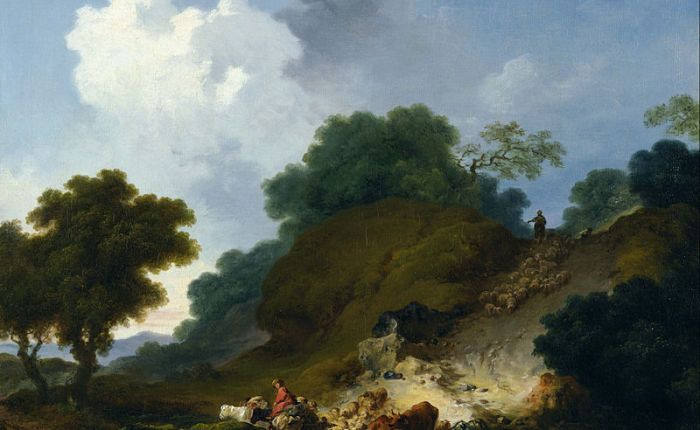 There are times when I am so unlike myself that I could be taken for someone else of an entirely opposite character.

This book begins with a falsehood and only escalates from there. Rousseau, prone to hyperbole, boldly asserts that his autobiography is without precedent. Nevermind St. Augustine’s famous autobiography, which shares the same name; and ignore the works of St. Teresa, Benvenuto Cellini, and Montaigne. I suppose this sort of boastful exaggeration shouldn’t count for much; after all, Milton began Paradise Lost by saying he was attempting “Things unattempted yet in prose or rhyme.” Nevertheless, the second part of Rousseau’s assertion, that his enterprise would “find no imitator,” is even more indisputably false than the first one. This book has found nothing if not imitators.

The second part is less striking, sometimes dull, but still full of interesting episodes. Rousseau has much to say about his career as a composer, something of which I had no idea before reading this book. He begins his career as a musician as a bungler and a phony, but eventually succeeds in closing the gap between his pretensions and abilities. It isn’t long before Rousseau finds himself stitching together some musical and lyrical fragments from Jean-Philippe Rameau and Voltaire into Les fêtes de Ramire, a one-act opera; and he soon becomes Rameau’s enemy, because (Rousseau is convinced) Rameau is jealous of Rousseau’s musical powers.

Rousseau also relates the famous tale of his children. After taking a seamstress, Thérèse, as his mistress, and having several children by her, he persuades her (and himself) to give them up to the foundling hospital. This is probably the most infamous episode of Rousseau’s life, and has provided plentiful fuel for those wish to discredit his ideas on education and child-rearing. As Rousseau grows old and becomes a man of letters, he accumulates ever more enemies, including Diderot and Grimm, who (Rousseau asserts) plotted relentlessly against him, partially because Rousseau scorned city life and modern luxuries.

I can’t help comparing this book with another great autobiography I recently read, that of Benvenuto Cellini. The two men are in many ways opposites. Cellini is a man of the world; his eye is turned exclusively outward; he is all action; he is confident in high society; he rarely blushes and never admits a fault. Rousseau is a man of sentiment and feeling, absorbed in his private world, often timid, awkward, and unsure of himself, and who often makes self-deprecating remarks.

And yet, the more I read, the more I saw strong similarities between these two self-chronicles. They are both massive egotists. If I were to write my autobiography, I’d hope that it would include some nice portraits of people in my life; but in these books there is no compelling portrait of anyone except their authors.

Like many narcissists, their vanity is easily wounded. They are obsessed with slights, and consider anyone who doesn’t show the proper respect to be, not only inconsiderate, but downright villainous. They both make enemies quickly, wherever they go. And yet, the fact that so many people they meet turn against them does not prompt them to pause and reflect; rather, they attribute all antipathy to envy, jealousy, or pure malevolence. Both have persecution complexes; both are paranoid; and both entertain extremely high opinions of their own virtues and abilities. In Rousseau’s own words, he is among “the best of men.”

It occurs to me that the urge to write an autobiography, in an age when autobiography was anything but common, requires a certain amount of narcissism. What surprises me is that these two men, Cellini and Rousseau, are also quite oblivious of themselves and utterly unable to question their own opinion. This is in strong contrast to Montaigne, somebody who Rousseau explicitly scorns:

I have always laughed at the false ingenuousness of Montaigne, who, feigning to confess his faults, takes great care not to give himself any, except such as are amiable; whilst I, who have ever thought, and still think myself, considering everything, the best of men, felt there is no human being, however pure he may be, who does not internally conceal some odious vice.

There may be a grain of truth in accusing Montaigne of attributing only amiable faults to himself (though reports by his contemporaries coincide remarkably well with Montaigne’s self-report). Even so, Montaigne had a quality that Rousseau eminently lacked: the ability to jump out of his own perspective. When playing with his cat, Montaigne paused to reflect “who knows whether she is amusing herself with me more than I with her?” And in that simple question—pushing himself out of his own skull, seeing himself from the eyes of his cat—he transcends all of the searching self-analysis of Rousseau. Rousseau’s total inability to, even for one moment, question his righteousness and his enemies’ wickedness is what makes him, by the end of the book, nearly intolerable—at least for me.

So much for Rousseau’s personality. As a portrait of a man, this book is interesting enough; but as the confessions of one of the most influential thinkers in the 18th century, it is far more so. Rousseau, whatever his faults, was undeniably remarkable. To paraphrase Will Durant, Rousseau, with almost no formal education, abandoned early by his father, wandering incessantly from place to place, setting himself as an enemy of the dominant currents of thought and art of the time, the avowed antagonist both of Rameau, the foremost composer, and Voltaire and Diderot, the foremost writers—this Rousseau nevertheless managed to become the decisive influence on the next century.

Cases like Rousseau’s make me stop and reflect about the nature of intellectual work. Neither a strong reasoner nor an adept researcher—any competent professor could poke gaping holes in his arguments and cite reams of factual inaccuracies—it is Rousseau, not they, who is still being studied at college campuses all over the world, and who will be in the foreseeable future. Indisputably he was an excellent stylist, though this hardly accounts for his canonical status.

What sets Rousseau apart, intellectually at least, is his enormous originality. Rousseau himself realizes this:

I know my heart, and have studied mankind; I am not made like anyone I have been acquainted with, perhaps like no one in existence; if not better, I am least claim originality, and whether Nature did wisely in breaking the mold with which she formed me, can only be determined after having read this work.

Rousseau wrote in a way no one had before. His ideas were fresh, his attitude unique. Although he had influences, there is nothing derivative about him. The more I read and the longer I live, the more am I drawn to the conclusion that the ability to form new ideas—genuinely new, not just re-interpretations of old ones—is one of the rarest human faculties. Rousseau had this faculty in abundance. It is impossible to read him within the context of his time and not be utterly astounded at his creativity.

It is just this sort of creativity, the thing we most celebrate and praise, that seems impossible to teach— impossible by definition, since you cannot teach somebody to think totally outside the bounds of your own paradigm. You cannot, in other words, teach someone to transcend everything you teach them. You can teach somebody to solve problems creatively; but how can you teach somebody to examine problems previously unimagined? This is just one of the paradoxes of education, I suppose.

In any case, Rousseau is just another example of those canonical thinkers who could never get tenure nowadays. It’s a funny world.