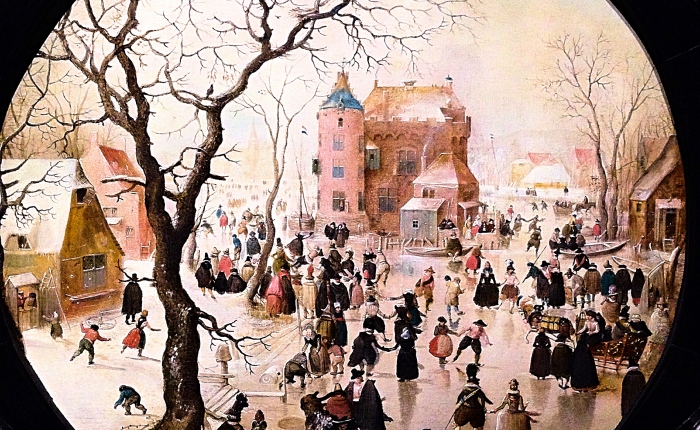 Bleak House by Charles Dickens
My rating: 4 of 5 stars

Call it by any name Your Highness will, attribute it to whom you will, or say it might have been prevented how you will, it is the same death eternally—inborn, inbred, engendered in the corrupted humours of the vicious body itself, and that only—Spontaneous Combustion, and none other of all the deaths that can be died.

For better or for worse, I read this novel through the lens of two critics: Harold Bloom and George Orwell.

In The Western Canon, Bloom calls Bleak House Dickens’s finest achievements; and he considers the novel to be among the central novels in the titular canon. This opinion is based, in part, on Esther Summerson’s narrative (which comprises half of the book; the other half is told from an omniscient narrator).

Bloom agrees with the conventional opinion that Dickens’s modus operandi is to create static and cartoonish characters, far removed from the constantly changing and evolving characters of, say, Tolstoy or Shakespeare. But in Esther, Bloom thought Dickens had transcended his art: he had created a genuinely Shakespearean self, a narrator who could overhear her own narration, and who engaged in a constant dialogue with herself—a mercurial and growing consciousness.

This opinion is far from popular. I’m not sure I agree with it; certainly she doesn’t strike me as “Shakespearean,” and she would not be at home in any of Tolstoy’s works. Unlike a Shakespearean or a Tolstoyan character, it is difficult to see myself in her. This isn’t just me. Esther has irked critics from the beginning. She is too good for her own good. She is passive, forgiving, unconditionally loving, self-negating, dutiful, hardworking, dreadfully kind, painfully virtuous, devoid of malice, thankful to a fault—someone who lives exclusively for others. It’s hard to like her, because it’s so hard to identify with somebody like that, and such a selfless ideal of feminine behavior strikes us nowadays as both sexist and untenable.

And yet, for me, she is ultimately sympathetic, at least from a distance. I think this is due to her resilience. Her childhood as an orphan is harsh and loveless; she is so thirsty for affection that every slight kindness reduces her to tears. As she grows, she is formed by an ethos of feminine subservience and duty, modesty and virtue, an ethos which she embodies as perfectly as possible.

In Esther, however, this is not a sign of passivity and weakness, but of independence and strength. She does not let the world, so often cruel and unfair, make her spiteful; she does not become bitter and resentful from the blows of misfortune. She is determined to be happy; and she realizes that happiness cannot be achieved through selfishness, but requires generosity, forgiveness, and identifying oneself with others. She realizes, in short, that selflessness is the wisest and best form of selfishness, since it leads to the greatest fulfillment.

Nevertheless, I should immediately add that this ethical ideal is so tinged by Dickens’s patriarchal worldview and sickly sweet sentimentality that Esther becomes more of a fairytale heroine than a religious figure. It is hard to admire her, since she is so painfully self-effacing; it is hard to imagine being her friend, since she always puts others above herself, and friendship is based on equality. She is independent and strong, but only in the context of a world where women are expected to be passive to the point of invisibility.

On second thought, perhaps it is wrong to attribute this irksome self-sacrificing nature purely to sexism; for Dickens also gives us a masculine embodiment of this virtue in the form of Mr. Jarndyce. Jarndyce is almost equally self-sacrificing and self-effacing; his one selfish act is his marriage proposal to Esther, which he eventually retracts; everything else he does for the good of his kith and kin. Granted, he is far more active than Esther, being the masculine patriarch; but this activity is oriented exclusively to the good of others.

All this notwithstanding, I found Jarndyce far less sympathetic than Esther, because his personality is nothing but a benign vacuum. A person—at least for me—is partly defined by what he or she wants; and someone who only wants what other people want is not a person, but a kindly automaton. With Esther, selflessness is made to seem, if not desirable, at least viable; but with Jardynce it is neither. He is palpably a figure of the infantile imagination, a kind of idealized father, protective, caring, loving, and in the end such a fantasy that he vanishes altogether into a ray of sunlight.

Esther’s foil is Mrs. Jellyby. She is a picture of selfish selflessness. Mrs. Jellyby abuses her family, neglects her children, and ignores her husband, subordinating everything to her plans for a small tribe in Africa. On the surface, she is an immensely charitable person, living purely for the sake of this tribe. Her “charity,” however, is manifestly an implement of extreme egoism, reducing everyone else in her house to servants and assistants, directing all attention to herself and her own seeming goodness. She talks incessantly about helping others but never actually does.

In his essay on Dickens, Orwell divides up do-gooders into moralists and reformers. Moralists try to improve people’s behavior and values, and see society’s ills as flowing from personal failings. Reformers take the opposite view; they try to improve the structure of society, seeing individual moral failings as products rather than causes of social ills. Dickens is a classic moralist, and Mrs. Jellyby is his portrait of a misguided reformer.

For Dickens, all goodness is personal—flowing from one individual to another—while reformers, like Mrs. Jellyby, mistakenly believe that goodness is impersonal, which is why she concerns herself with the lives of people she has never met. She cannot make society better because she herself is full of vices; while Esther improves society without even trying, by her every virtuous action and her inspiring example.

Again, it must immediately be said that Dickens’s portrayal of Mrs. Jellyby is also tinged with sexism. Aside from a rash reformer, Mrs. Jellyby is a meddling woman—a woman who thinks she can be a man, a woman who doesn’t know her place, a woman who fails to be a wife and a mother. It is impossible to imagine Dickens using the same tone with a male character. This sexism is something to keep in mind, of course; but it does not, for me, negate his wider point about charity and goodness.

Perhaps Orwell’s best insight into Dickens is this: “The outstanding, unmistakable mark of Dickens’s writing is the unnecessary detail.” This novel is long; it is unnecessarily long. For the first four hundred or so pages, it seems to be still trying to get going; the plot clanks and clunks into motion like an old steam engine. A partial explanation for this is that the book was at first a serial, the 19th century equivalent of a sitcom, spinning out plots and subplots to fill episodes and seasons, entertaining its readers piecemeal. But it is also due to Dickens’s perspective. He sees life always in the concrete, never in the abstract, and with a vividness of vision and a relish for daily life that fill his novels with energy and color. The plot serves the detail rather than the reverse; the story is just a conveyance for brilliant particulars.

Many things irked me about this book. Dickens’s sentimentality is often nauseating and sometimes comes across a cheap trick, like the overwrought string music playing in the background of a bad soap opera. The transition from an omniscient narrator to Esther’s narration was a brilliant device, but also made the book a bit difficult for me to follow, and easy to put down. Dickens’s characters are always exciting, but his descriptive language can be soporific. He has a tendency to let himself get carried away into prose poetry, all written in the passive voice. Occasionally, these are masterful, such as the famous beginning paragraphs of this novel; but just as often they make me drowsy.

What is miraculous about Dickens is that his books are so apparently simple and straightforward, and yet they can be endlessly analyzed. Perhaps this is because he effortlessly combines so many contradictory elements: social realism with imaginative fancy, sentimental prettiness with grotesque horror, moral preaching with biting satire, advocacy with art, propaganda with poetry. Dickens’s flaws leap to the eye—his inability to create three-dimensional characters, his lack of intellectual curiosity, his superficial view of the world, his inability to appreciate the sublime, his clumsy plots, his mountains of petty details, his soporific prose style—and yet his appeal is nearly universal. That the same writer could entrance both Harold Bloom, the enemy of political art, and George Orwell, the champion of political art, is a sign of his genius. And in the end, when faced with somebody as universal and powerful as Dickens, all analysis can do is reveal the limitations of its method.