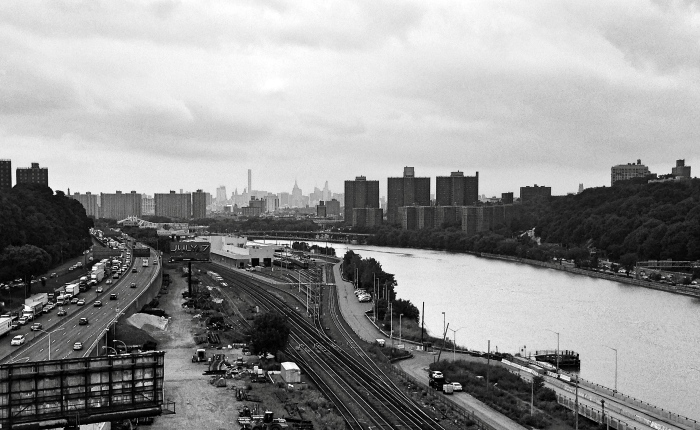 The Death and Life of Great American Cities by Jane Jacobs

This is a common assumption: that human beings are charming in small numbers and noxious in large numbers.

I picked up this book immediately after finishing The Power Broker, and I highly recommend this sequence to anyone who has the time. The conflict between Robert Moses, czar-like planner of New York City for almost half a century, and Jane Jacobs, ordinary citizen and activist, has become the source of legend. There is a book about it, Wrestling with Moses, a well-made documentary, Citizen Jane, and an opera, A Marvelous Order, with a libretto written by a Pulitzer Prize winner (I haven’t seen it). The two make an excellent hero and villain. Moses, the autocratic, power-hungry city-planner who eviscerates neighborhoods and bulldozes homes. Jacobs, the underdog autodidact, community organizer, defender of Greenwich Village and Washington Square Park.

The two did not only clash in life—with Jacobs leading protests to stop Moses’s highways—but, more importantly, in thought. More diametrically opposed conceptions of the city could hardly be imagined.

Moses was, at bottom, a follower of Le Corbusier, a modernist who put forward the idea of the Radiant City. The idea was to create a city with all the different functions in separate zones—sections for retail, business, manufacturing, residences—and to create as much green space as possible by putting everything in high-rise buildings, freeing up land for parks. These buildings would be connected, not by ordinary roads, but by giant superhighways. In a way, it is a conception of the city that is anti-city: there would be no streets, no corner shops, no neighborhoods. The impulse was, I believe, originally progressive: to erase differences in class by creating uniform conditions for everyone. But in Moses’s hands this philosophy became deeply reactionary: isolate the poor people of color in projects and build highways for the car-owning middle class.

Jacobs was absolutely opposed to this model. There are innumerable theoretical differences between Jacobs and Moses, but I think the most essential difference is this: Jacobs loved cities. She loved walking around cities, chatting with neighbors, gazing at street-life, making small-talk at local shops, sitting on stoops and leaning out windows. And so her idea of urban planning is not to pack everyone into high-rise buildings to get them off the street, but the reverse: to get as many people on the street as possible. She loves the messiness of cities. A healthy city is not, for her, a work of art, consciously designed. It is more like a biological organism, shaped by natural selection into a well-functioning, complex, interrelated, constantly-changing whole. Healthy cities are not made by planners but by ordinary people.

Since the publication of this book, Jacobs’s ideas have become enormously influential—so influential, in fact, that it is difficult to see anything radical about what she says. One of her basic principles, for example, is that a well-used street is a safe street, because the presence of many bystanders discourages crime. I suspect that this seems obvious to most people. But when you look at the projects that Moses and his ilk built—high-rise buildings surrounded by lawns, with no shops, restaurants, or anything else to attract people to street level—you realize how totally out of touch they were. Indeed, the whole idea of housing projects sounds like a recipe for disaster: pack all the poor into one area, set income limits so anyone successful has to move out, discourage all street activity to eliminate a sense of community. And in practice the projects were disasters—centers of delinquency and despair.

Jacobs’s recipe for creating a healthy neighborhood has four ingredients: (1) mixed uses, so that different kinds of people are drawn to the area at different times of day for different reasons; (2) a mixture of old and new buildings, so that there is low-rent space available for small businesses and low-income residents; (3) small blocks, so that streets are not isolated from one another; (4) and sufficient density of residents, to create the necessary amount of economic and social activity. The goal is to produce a neighborhood like her own Greenwich Village: with lots of street life, with successful residents who choose to stay long-term, with local stores and restaurants and cafes, and with a steady influx of immigrants.

To use a metaphor, Jacobs thinks we should try to create an ecosystem with a lot of biodiversity; and to do this we need a lot of biomass and a lot of separate niches. The essential fact about ecosystems—which also applies to cities—is that they are a delicate balance of different elements, deeply complex, shaped by the action of countless individual players over countless eons. This level of complexity is baffling to the human mind, which is why we so often disrupt ecosystems by trying to “improve” them. Urban planning does the same thing with cities.

The Moses approach (to continue the metaphor) is agricultural rather than natural: sweep away the natural environment and create an artificial monoculture. Monocultures never spring up in healthy ecosystems. Lacking biodiversity, they are inherently vulnerable and difficult to maintain. We expend enormous amounts of money and energy defending our wheat fields from vermin and disease. The same principle applies to the housing projects, which need constant police surveillance to remain remotely viable.

This gives a taste of Jacobs’s guiding idea, perhaps, but I can hardly do justice to the wealth of thought in this book. Jacobs has convincing sociological insights into what makes streets safe or unsafe, what makes city economies thrive or stagnate, why housing projects fail and slums form, why parks are used and unused, why city governments are so often inefficient and ineffective, and even includes her ideas on the history and progress of science. In a way, this book is a constant rebuke to academe. At the time, academic urban planning was entirely stagnant, relying on ideas and principles that hadn’t been modified in thirty years and which were never very good to begin with. It took someone like Jacobs, an autodidact without a college degree, to break up the orthodoxy—and she had to endure a lot of sexism and condescension in the process.

What made her so successful, and what has made this book so enduring, was a rare combination of talents: keen observation, a highly original mind, the ability to think on multiple scales at once, hard-nosed practicality, and a healthy sense of social responsibility. In this book she relies on her wide and somewhat eclectic reading, but even more on her own eyes and ears. She has visited successful and unsuccessful neighborhoods and had talked to their residents. She has led protests and was a frequent visitor of City Hall. When you read this book, it is easy to see why she has become something of a hero for many citizens and academics: she is absolutely unafraid of authority, either intellectual or political, and she had the mental and personal resources to win.

It is, of course, ironic that her ideas, so heterodox, eventually became the new orthodoxy of urban planning. When Jacobs passed away in 2006, there were many who called for an end to her intellectual reign.

The most common criticism, I believe, is that Jacobs did not anticipate gentrification—the gradual takeover of neighborhoods by the affluent. This is the most talked-about problem in New York City today. There’s a popular blog, Vanishing New York, which documents all the small business and local establishments being pushed out by big money. Jacobs’s own former neighborhood, Greenwich Village, is a prime example: now it is nothing like the bustling, bohemian, working-class place it was in her day. I’m not sure if Jacobs can be fairly blamed for this, however. For one, she anticipates how successful neighborhood can become “too successful” and lose their vitality as more money pours in. What’s more, she was very concerned with maintaining housing for low-income tenants within successful neighborhoods, and includes a novel plan to do so in this book.

In any case, this book is not just a recipe for creating neighborhoods. In an oblique way, it presents an entire ideology. Jacobs is a proponent of what you might call progressive decentralism. Normally, decentralism is associated with the right, at least here in the US, but Jacobs make a strong case for leftist decentralism. Large, vertically-oriented government structures simply cannot understand or respond to individual citizens’ needs. The answer is to empower local government so that citizens can shape their own neighborhoods. Government must help the disadvantaged, but must do so by cooperating with local forces and private individuals—exploiting economic and social elements that naturally arise, instead of imposing its own cumbrous structure.

This book can be read even more broadly, as an attack on suburbia and modern isolation. Cities are the future, as Jacobs reminds us—hotbeds of ideas and centers of population growth; and cities are natural products, created by the free choice of individuals, places that organically foster their own sense of identity and community. Suburbia is a rejection of cities: artificial products created through the deliberate policies of planners. Not shaped by free choice, they are not organic communities; and even if they escape being unsafe, like the projects, they foster that constant specter of modern life: isolation. When you hear Jacobs describe her own neighborhood in Greenwich Village, you get a sense of what so many places nowadays lack: neighborliness, friendliness, a group of semi-strangers and sidewalk acquaintances who will go out of their way to help each other, a sense of communal ownership and belonging.

In sum, this book is a true classic: ensconced in an intellectual climate that no longer exists, responding to contemporary problems with eloquence and insight, and championing a perspective that is still vital.