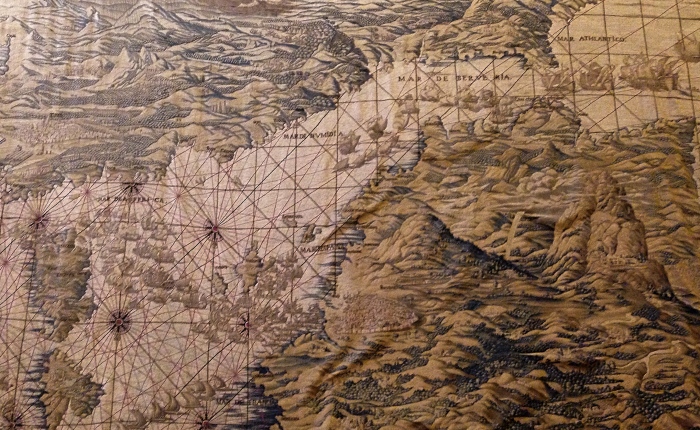 A Collection of Essays by George Orwell

What I have most wanted to do throughout the past ten years is to make political writing into an art.

George Orwell is one of the inescapable writers of the last century. Far from becoming irrelevant, his works seem to become more significant with each passing year (as most recently evidenced by the present administration’s strained relationship with the truth). Orwell himself said that the “final test of any work of art is survival,” and his works seem on track to pass this final test. His dystopian novel recently became a surprise best-seller, almost seventy years after its initial publication. That is more than mere survival.

And yet it isn’t for his political insights that I opened this collection of essays. It was rather—and I feel somewhat silly saying this—for his writing style. Orwell’s writing is, for me, a model of modern prose. His style can accommodate both the abstract and the concrete, the homely and the refined, the pretentious and the vulgar; his prose can satisfy both the academic and the artist, the intellectual and the layperson, the Panurge and the parish priest. It is unmistakably modern, even sleek, while obviously informed by the tastes and standards of the past. It is fiery, angry, and political, while remaining intimate, human, and honest.

Something that repeatedly struck me while reading this collection was an inner conflict in Orwell’s worldview. There are two sides of the man, sometimes in harmony, and sometimes at odds: the writer and the activist. Orwell the writer is captivated by the rhythms of words, the sounds of sentences; he loves ruminating on a strange personality or a memorable story; he is enchanted by the details of daily life. Orwell the activist is outraged at injustice and uncompromising in his moral sense; he sees people as a collection of allies and enemies, taking part in a grand struggle to bring about a better society.

Orwell himself discusses this tension in his little essay, “Why I Write.” In a more peaceful age, he thinks, he could have been an entirely aesthetic writer, perhaps a poet, not paying much attention to politics. It was his firsthand experience of imperialism, poverty, and fascism that activated his political conscience. Specifically, it was the Spanish Civil War that “tipped the scale” for him: “Every line of serious work that I have written since 1936 has been written, directly or indirectly, against totalitarianism and for democratic socialism.”

Be that as it may, Orwell seems to have repeatedly struggled to reconcile this aim with his more humanistic side. In his brilliant essay on Dickens, for example, he spends page after page trying to analyze Dickens as a kind of social philosopher, examining Dickens’s views on work, on the state, on education, and so on. Since Dickens was anything but a philosopher—as Orwell himself admits—this repeatedly leads to frustrating dead ends, and fails completely to do justice to Dickens’s work. It is only in the last section, where Orwell drops this pretense and treats Dickens as a novelist, that the essay becomes deeply insightful. Indeed, it soon becomes clear—it seems clear to me, at least—that Orwell likes Dickens for his writing, and not his activism, however much he may wish to think otherwise.

Other essays exhibit this same tension. In his essay on vulgar postcard art, for example, he notes how backward is the social worldview expressed in the cards; but he is obviously quite fond of them and even ventures to defend them by likening their humor to Sancho Panza’s. His essay on boy’s magazines follows an identical pattern, exposing their conservative ideology while betraying a keen interest, even a warm fondness, for the stories. In his appreciative essay on Rudyard Kipling’s poems, he even goes so far as to defend Kipling’s political views, at least from accusations of fascism.

It is largely due to Orwell’s influence, I think, that nowadays it is uncontroversial to see the political implications in a movie cast or a Halloween costume. In all of these essays, Orwell worked to undermine the naïve distinction between politics and everyday life, showing how we absorb messages about standards, values, and ideologies from every direction. He did not merely state that “All art is propaganda,” but he tried to show it, both in his analyses and his own works. At least half the time, he is utterly convincing in this. (And indeed, Orwell was such a brilliant man that, even when I think he’s involved in a pointless exercise, he makes so many penetrating observations along the way— incidentally, parenthetically—that his writing fully absorbs me. )

We owe a tremendous debt to Orwell for this insight. Nevertheless, I can’t help thinking that there is something terribly limiting about this perspective. All art may be propaganda, but it is not only propaganda; it is not even primarily so. There needs to be room in criticism, as in life, for the non-political. We need to be able to enjoy a novelist because of his characters and not his views on the state, a poet for his lines rather than his opinions, a dirty joke or a trashy magazine just because we want a laugh and a break. Orwell would agree with me up to a point, I think, but would also say that every decision to be “non-political” implicitly accepts the status quo, and is therefore conservative. This may be true; but it is also true that such “non-political” things are necessary to live a full life.

Where I most disagree with Orwell is his conviction that the media we consume—magazines, post cards, popular novels, television—nefariously and decisively shape our worldview. For my part, I suspect that people absorb their opinions more from their community, face-to-face, and then seek out media that corresponds with their pre-existing views: not the reverse. Media may reinforce these views and give them shape and drive, but I don’t think it generates them.

All this is besides the point. I admire Orwell, for his fierce independence, for his sense of outrage and injustice, for his facility with words, for his attempt to blend art and truth. In sum, I admire both the writer and the activist, and I think his work should be read until judgment day.