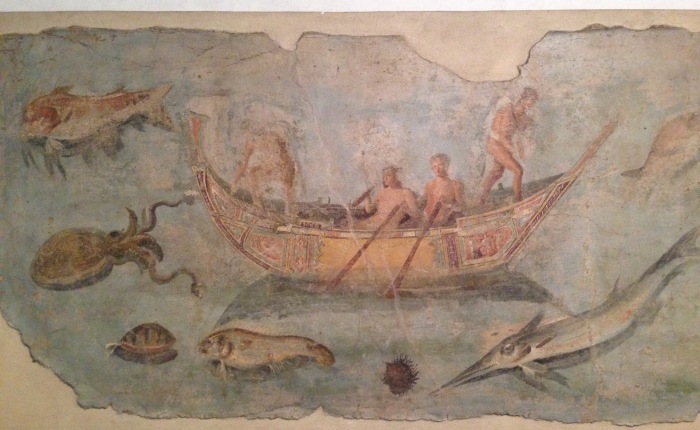 A Guide to the Good Life: The Ancient Art of Stoic Joy by William B. Irvine

There will be—or already has been!—a last time in your life that you brush your teeth, cut your hair, drive a car, mow the lawn, or play hopscotch.

In my review of Feeling Good, a self-help book, I noted the lack of practical philosophies in the modern world. Far from an original insight, I now see that this idea is a relatively common criticism of contemporary education and modern philosophy. The other day, for example, I stumbled upon a YouTube channel, the School of Life, an educational project that tries to teach life lessons rather than academic knowledge. This book, an attempt to revive ancient Stoicism, is part of the same loose movement.

William B. Irvine set himself the task of making Stoicism viable and palatable in today’s world. To put it bluntly, this meant rummaging through the Stoic classics to make a self-help book. Whereas the classic Stoic authors—Marcus Aurelius, Seneca, and Epictetus—dispensed practical advice without much order, Irvine tries to create a systematic practice that any reader can follow.

Irvine’s system consists of several mental exercises, or tricks, that the novice Stoic can use to gain tranquility. The most important of these is negative visualization: take a moment to imagine how things could go wrong, how you could lose what you have—your health, job, or spouse—and how everything you take for granted might never have existed at all. This will counteract what Irvine calls “hedonistic adaptation,” which is when we get used to the good things in our lives and lose the ability to enjoy them. Hedonistic adaptation is the real enemy of tranquility, because it forever enchains us to desire—as soon as one desire is satisfied, we have another one, and the process repeats without us getting any happier.

Another Stoic exercise is the internalization of goals. First, determine the extent to which you can control the outcome of any situation; then, make sure you only worry about that part which you can control, and don’t trouble yourself about the rest. If you are going on a first date, for example, don’t make it your goal to impress the person—since you can’t directly control whether someone likes you or not—but make it your goal to try your best. In the language of self-help, that is, focus on the process and not the product, the effort and not the outcome.

The last major technique can be better described as an attitude rather than an exercise. This is to take a fatalistic attitude towards the past. Since what happened in the past is beyond your power to alter, don’t trouble yourself with “if-onlys” or fill up your mind with regrets. Instead, try to cultivate amor fati, love of fate; learn to appreciate the good in what has happened, rather than think of all the ways it could have been better.

The general attitude that a Stoic wishes to cultivate is a mixture of enjoyment and detachment: the ability to enjoy all of the little pleasures of daily life without becoming so attached to anything that you are incapacitated without it. It is rather like the attitude of a spectator at a play: heartily enjoying the show, while keeping in mind that all the action is staged and not worth getting upset over. With this mentality you could, in theory, be satisfied with anything, and maintain your tranquility under any circumstances.

These, in nutshell form, are the book’s major pieces of advice. The rest of the book is divided into a brief historical sketch of Stoicism, a series of short chapters about applying Stoicism to specific challenges, and a broader cultural criticism from a Stoic perspective. The latter of these was the most interesting—Irvine isn’t a fan of political correctness or of grief counseling. He also has a lot of advice about responding to insults, some of which I thought was obvious, some of which I thought was wrong, and most of which made me wonder: Why is he talking so much about insults? Is poor Irvine getting insulted all the time?

My main criticism of this book is its style. Perhaps because Irvine was trying to appeal to a popular market, the prose is painfully simple, and filled with unnecessary clarifications and wearying redundancies. “Repetitive” is a charitable description. Added to that, I often got the feeling that he was purposefully avoiding delving deeply into any topic, for fear of losing any novice readers, which irked me.

The important question is: Do the techniques work? I have been having some fun imagining my life going horribly wrong: my metro being crushed underground in an earthquake, my computer bursting into flames and blinding me—getting struck by lighting on my walk to work, all of my friends leaving me en masse, and so on. Somehow, this exercise does tend to put me in a cheerful mood. I also agree with Irvine about desire—why hedonism doesn’t produce contentment, why connoisseurship is counterproductive, why it’s wise to accustom oneself to some disappointment and discomfort.

At the very least, this book is an interesting experiment: trying to revive a dead philosophy of life for the twenty-first century. Now, to put Stoicism into practice, I’m going to imagine this review not getting any likes.