Bodas de Sangre, or Blood Weddings, is an odd combination of the ancient and the modern. The story could not be more elemental: the conflict of love and duty, the tragedy of death. And yet the style is pure Lorca—symbolic, surrealistic, modern. The play is effective, not for any subtlety or refinement, but for the sheer amount of force that Lorca brings to bear on the main themes. The characters are nameless archetypes, whose speech is poetic passion. Lorca’s use of naturalistic imagery in his poetry—animals, trees, rivers, the moon—reinforces the primeval quality of the story, as if tragedy were a law of the universe. I am excited to read the other two plays of Lorca’s so-called rural trilogy.

This is the second of Lorca’s “rural trilogy” I have read, and if anything I liked it even more than Bodas de Sangre. In form and theme the two are quite similar. Like a Greek tragedy, the plot is simplicity itself, with one obvious conflict and one calamitous resolution. Again, Lorca’s power as a dramatist comes, not from subtlety or wit, but from pure passion. The incompatibility between traditional values and human impulses, with all its tragic implications, is laid bare by Lorca, who shows us a culture whose religious mores and gender norms oppress women and deprive them of a fulfilling life. Strikingly, the cast of characters is entirely female, even though the conflict revolves around a male who is always offstage. This allows Lorca to focus on a side of life that was often swept aside, while maintaining an atmosphere of tension and constraint that makes the play so riveting. I am excited for Yerma.

I have enjoyed each play of Lorca’s rural trilogy more than the last. He is such a heartrending writer. Even on the page, the emotion of the play is raw and deeply affecting. He had an acute ear for dialogue, and could write as naturalistically as anyone; and when this naturalism is supplemented by his poetic gifts—at times surrealistic, at times pastoral—the language becomes electric with meaning. The word I keep coming back to is “elemental,” since the plays dramatize basic and timeless tragedies of human life.

In this play the tragedy is the anguish caused by being childless in a time when women were valued as mothers and mostly confined to the house. As in the other two plays in the so-called “trilogy” (they all have distinct plots), the basic conflict is between conservative, religious traditions and spontaneous human impulses. Lorca seems to have felt deeply the suffering caused by an uncompromising Catholic morality, and convincingly shows how it doomed people to lifelong unhappiness. It is fittingly tragic that this same moral code contributed to Lorca’s own death. 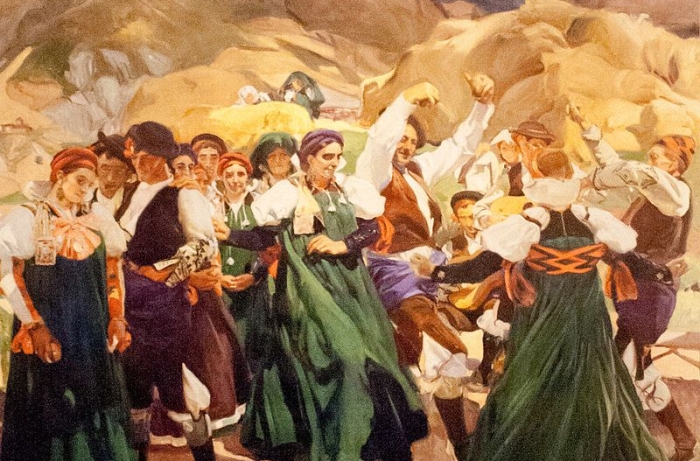