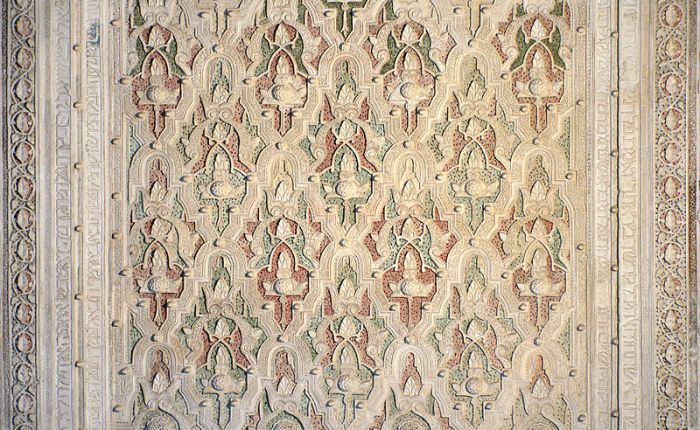 The Guide of the Perplexed by Maimonides

This treatise has as its principal object to clarify the meaning of certain terms in the Bible.

Moses Maimonides, born in 1135, was and remains the most famous Jewish theologian in history, and this is his most influential book. Well, this is a part of his most influential book; more specifically, this is about a quarter of the whole work, the other three quarters having been pruned away by the editors of this volume. This was ideal for me, dabbler that I am, especially considering that the abridgement, so far as I can tell, was made with taste and skill.

The first striking aspect of this book is its accessibility. Maimonides writes simply and directly; indeed, sometimes I found the tone a bit pedestrian. The sentence I quoted above, the first sentence of the book, is quite typical of Maimonides. The work is written in the form of a (very long) letter to a perplexed pupil, broken into bite-sized chapters for easy comprehension. The only technical terms are those derived from Aristotle—essence, form, matter, etc.—which posed no problem for me.

The second striking aspect of The Guide is how similar Maimonides’s intellectual approach is to that of Thomas Aquinas. Indeed, the aim of both thinkers was more or less the same: to provide a rational defense and systemization of their respective faiths. Both lean heavily on Aristotle for this task, adopting his doctrines, terms, arguments, and philosophical style.

Of course this isn’t a coincidence. The attempt to harmonize Greek thought, specifically Aristotle, with religious thinking originated, I believe, with Muslim philosophers, and later spread to Europe. Maimonides himself was born in Muslim Spain (Al-Andalus), wrote in Arabic, and was clearly well read in Islamic philosophy. Later on, the works of Aristotle, translated from Greek into Arabic, entered Europe through Toledo, where they were translated from Arabic into Latin so that people like Aquinas could read them. Aquinas also read Maimonides, by the way.

Thus the three Abrahamic religions were engaged in almost the same philosophical project during this time. But of course, being of different faiths, the thinkers reached different conclusions. For example, Maimonides’s conception of God is strikingly different from Aquinas’s. Instead of expounding on all the different perfections of God, as does Aquinas—his omnipotence, omniscience, omnibenevolence, necessary existence—Maimonides holds that God’s essence cannot be described in any satisfactory way. In fact, Maimonides’s conception of God strongly reminded me of, and was perhaps influenced by, the Neo-Platonist conception of The One, the mystical, mysterious, ineffable fountainhead of all existence. Like Plotinus says of The One, Maimonides asserts that we cannot even attribute existence to God, since he holds that existing things are always composite, while there is nothing composite about God.

But for me, Maimonides’s most interesting opinion was his explanation of rituals, worship, and animal sacrifices. As he points out, “what is the purpose of His worship, since God’s perfection is not increased even if everything He has created worships Him and apprehends Him to the utmost possible degree, nor is it at all diminished if there is nothing in existence beside Him?”

For Maimonides the purpose of religious practice is not to please God through worship, but to know Him by training the mind and purifying the soul. The reason that God commanded rituals and sacrifices was only because the original Chosen People were still accustomed to idolatry, and thus they would not have accepted the true religion if they were not allowed to practice their religious customs. The rituals were, therefore, a kind of transitional device, allowing the people to turn their thoughts from idols to the true God. I found this explanation remarkable, since it anticipates the modern, historical approach to religion, while remaining within the bounds of orthodoxy.

Maimonides insists that the exterior forms of a ceremony are totally irrelevant if the practitioner is not thinking of God. It is the mental state of the worshipper, not their ritual actions, that are essential. This doctrine also reminded me of Neo-Platonic mysticism, wherein the final goal is a direct knowledge of the The One through mental discipline. But Maimonides is not so straightforwardly mystical as Plotinus, as he places much more emphasis on rational argument and the holding of the correct metaphysical and theological opinions.

This book was obviously not intended for me, since I am a nonbeliever, and Maimonides considers nonbelievers beneath contempt and not even worth responding to. Thus this book was of purely historical interest for me. This is, of course, not a bad thing, and indeed as a historical document it is rewarding. But I cannot say I found it an exhilarating read, since I not only disagreed with Maimonides’s conclusions but with his methods and his premises. Nevertheless, I am very glad to have read the book, if only because I have been intending to ever since my trip to Córdoba, his birthplace, and stood next to his statue in the Jewish district of that old city. Just like walking through those crooked, cobblestone streets, reading this book is a voyage in time. 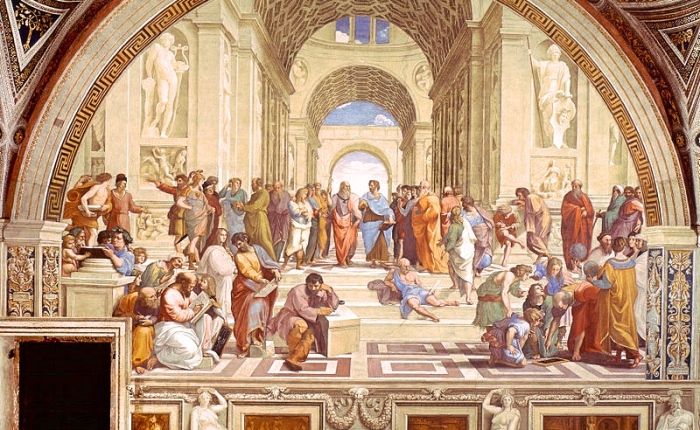 There is nothing either good or bad but thinking makes it so.

This is one of Shakespeare’s most popular quotes, especially among philosophers. And no wonder: it is moral relativism in a nutshell.

“Goodness,” as a concept, is famously difficult to analyze. Plato conceived of the Good as something external to the human mind, more real than the material world. Aristotle, always more prosaic, said that the ultimate good was happiness, since we desire other things for the sake of happiness but never desire happiness for the sake of other things. Recently I read Epicurus, more naturalistic even than Aristotle, who thought goodness was pleasure, pure and simple.

The concept of goodness obviously plays an important role in religions as well as philosophy. Zoroastrians conceived of life as a cosmic battle between the forces of good and evil. In Judaism, goodness is similarly seen as something objective. Hamlet is prophetically damned in the Book of Isaiah (5.20): “Woe unto them that call evil good, and good evil; that put darkness for light, and light for darkness; that put bitter for sweet, and sweet for bitter!” In Christianity, good is often conceived of as God’s will (leading to Plato’s famous Euthyphro dilemma: does God will things because they’re good, or are they good because God willed them?)

The Christian concept of an objective, ideal good—influenced by Plato—held sway in Europe for a long while. Morality was conceived of as absolute and objective. What is good for me is good for you; what was good in ancient days is still good today.

In Shakespeare’s day, however, the idea of moral relativism began to take hold in the European mind. About sixty years after Hamlet’s aphorism, Spinoza had this to say:

As for the terms good and bad, they indicate no positive quality in things regarded in themselves, but are merely modes of thinking, or notions which we form from the comparison of things one with another, thus one and the same thing can be at the same time good, bad, and indifferent. For instance, music is good for him that is melancholy, bad for him that mourns; for him that is deaf, it is neither good nor bad.

If you physically or chemically analyze an object, you will never find goodness or badness in it. Those are judgments, and thus exist in our perception of objects, not in the objects themselves. We have learned this lesson very well in the modern world, which is why we frequently dismiss things as “subjective.”

There does seem to be a limit to moral relativism, however, and a danger in pushing it too far. I discussed this in regards to Milton’s quote about making a hell of heaven and a heaven of hell. Some situations are quite simply unfair, dehumanizing, exploitative, or painful. Those judgments, too, only exist in the mind; but every mind is attached to a body, and every body has certain limits and needs. The mind, too, is not infinitely flexible; some things we simply cannot accommodate. This is why long-term solitary confinement, for example, is unambiguously bad: it deprives the mind of something it needs.

For this reason, I cannot fully agree with Hamlet. Because of the constitution of our brains and bodies, some things are almost always bad, and others good. Nevertheless, for most of us in daily life, I suspect that our judgments of reality cause us more pain than the reality itself. Of course this is not always so; the world has many genuine problems.

The wise course, it seems to me, is to strike a balance between striving to improve the world around us, and striving to make peace with what we cannot change.